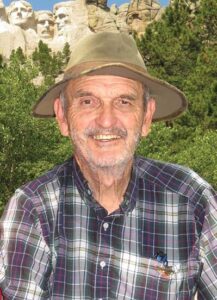 Gerald (Jerry) Neil Thingelstad, age 85, unexpectedly passed away Monday, November 14th, 2022, at his home after an enjoyable weekend with family. Funeral services will be held Friday, November 18th at 2:00 pm at Ebenezer Free Lutheran Church in Northwood, ND. Visitation will be held Thursday, November 17th from 5:00- 7:00 pm, with a 7:00 pm prayer service at the church.

Jerry was born January 4, 1937, the son of Noel and Esther (Erickson) Thingelstad. He attended Northwood Public School, where he enjoyed playing basketball, baseball, and football. During summers he would work for a local farmer. He married the love of his life, Ruth Layne Stamness on February 4, 1956, and graduated that spring. After high school, he received his teaching degree from Mayville Normal School. Besides studying to become a math teacher, he also played for the college basketball team. After graduation, he taught and coached at Tyndall, SD, and Wishek, ND. One of his fondest memories is his undefeated season coaching the freshman basketball team in Wishek to a packed auditorium. Summers were spent taking on other jobs, like truck driving and painting houses, or going back to school to get his administration certification, which allowed him to become a principal at Wishek and Appleton, MN. In 1973, the family moved back to their hometown of Northwood, ND to become business owners of a grocery store. Jerry’s Value Center offered the best candy selection in town and home delivery. During this time, he also was a church council member, bus driver for the Northwood Public School, and started his career as a rural mail carrier, which he retired from in 2004. He was an exceptional provider for his family.

Jerry was a true outdoorsman, skilled carpenter, and beloved family leader. He loved going on fishing, hunting, and yearly family road trips. He enjoyed many activities such as camping, snowmobiling, bowling, lawn games, and playing cards. He had many a project wherever his parents, he, his sister, and his children lived. He very much looked forward to the countless family gatherings and watching his grandchildren and great grandchildren’s activities. He taught his family many things, such as how to fish, hunt, reload bullets, water ski, how to read a map and figure out gas mileage, to cheer for the Vikings and the Twins, and how to take a good picture. Ultimately, he showed his family how to work hard, love each other, and enjoy life.

Online guestbook is available at www.bildenfuneralhome.com.

This site uses Akismet to reduce spam. Learn how your comment data is processed.